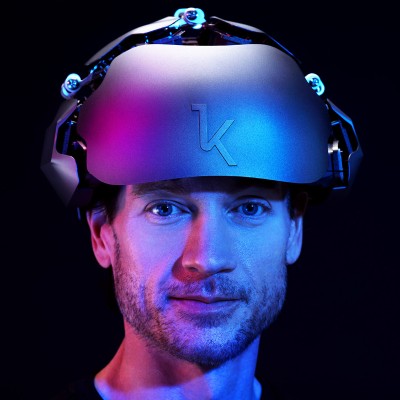 Most methods for recording brain signals without the need for surgery either measure the electromagnetic fields generated by groups of neurons or detect small changes in blood oxygenation, which correlate well to nearby neural activity. After years of rigorous analysis, Kernel has developed systems to detect each: Kernel Flux, which uses magnetometers to measure tiny changes in magnetic fields; and Kernel Flow, which pulses light through the skull and into the bloodstream in order to measure how much oxygen the blood is carrying at any given time.

Kernel Flux uses alkali vapor sensors to directly detect the magnetic fields generated by collective neural activity in the brain. These sensors are able to detect the extremely small changes in magnetic fields resulting from a brain’s intrinsic electrical activity, across the whole head, and in natural environments.

Why OP-MEG? In contrast to electrical signals, the magnetic signature of neural activity directly exits through the skull and scalp without distortion. However, because MEG sensors respond to magnetic fields regardless of their origin, it is critical to distinguish those arising inside the brain from those caused by motion through background magnetic field gradients or other ambient sources such as power lines or nearby electronics like phones or computers.

A full-head-coverage Kernel Flux system provides 720 channels of magnetometer data and operates without a multilayer, magnetically-shielded room. The large number of channels and active magnetic shielding allows for high-performance noise rejection even in environments with natural user head motion or noisy peripherals.

Kernel Flux combines the leading edge of several technologies: microfabricated alkali vapor cells, semiconductor lasers, compact optics, high dynamic range real-time control systems, and low-noise electronics. Each Kernel Flux OP-MEG system was designed from the ground up to work as an integrated system optimized around the user’s experience for extended periods of time—allowing researchers to capture brain recordings while users watch movies while reclining, during conversation, or while interacting with technology or their nearby environment. 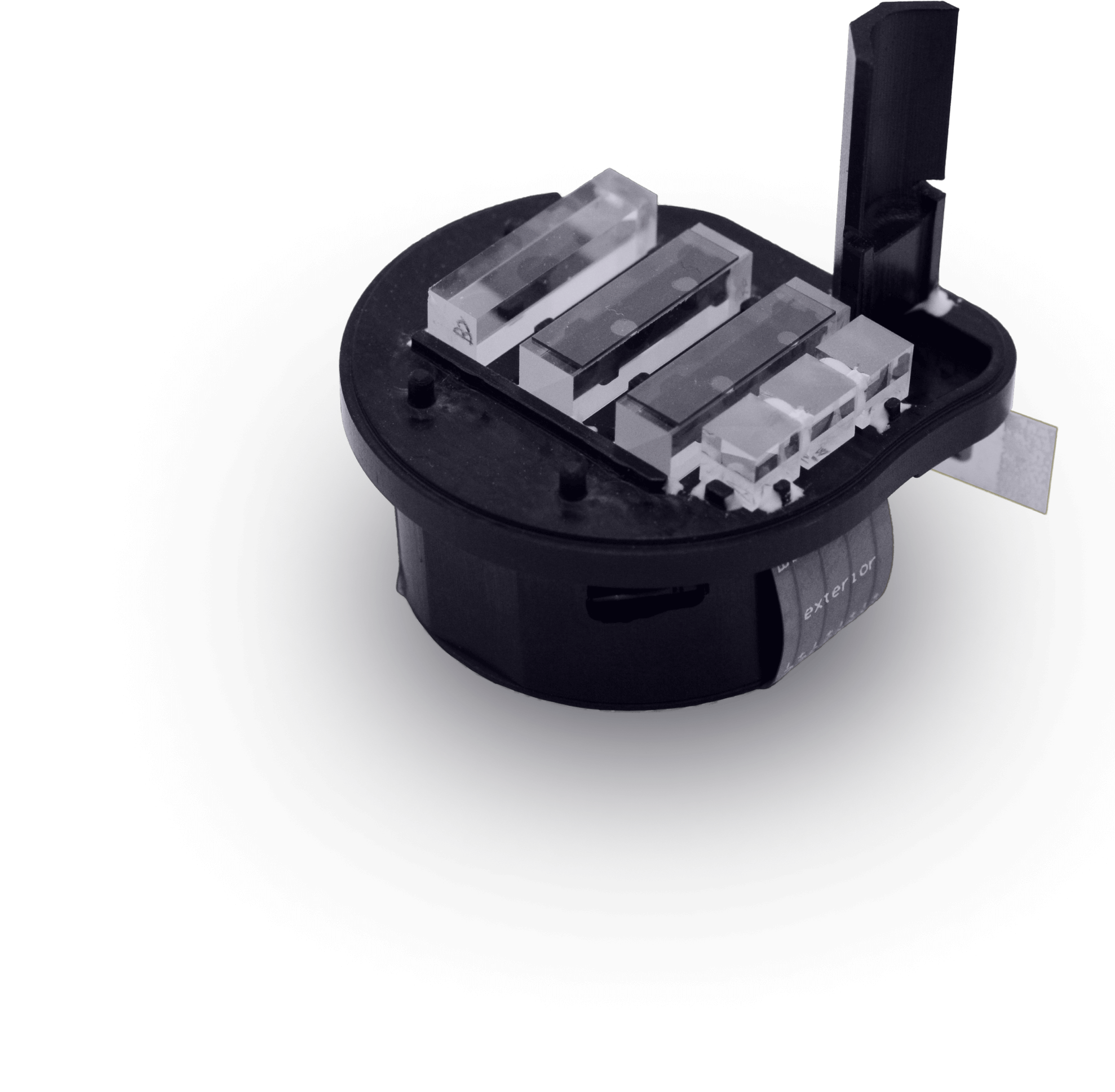 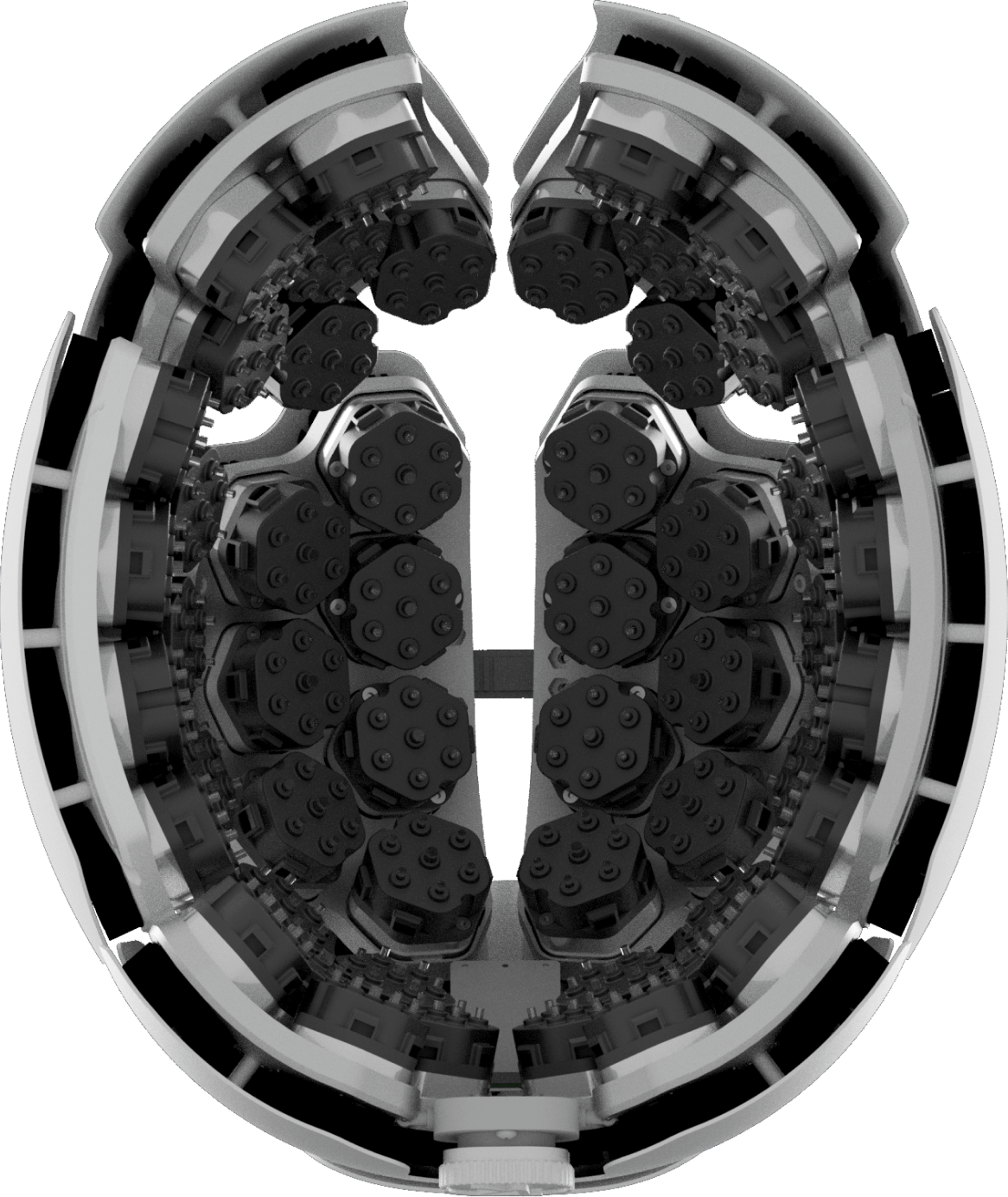 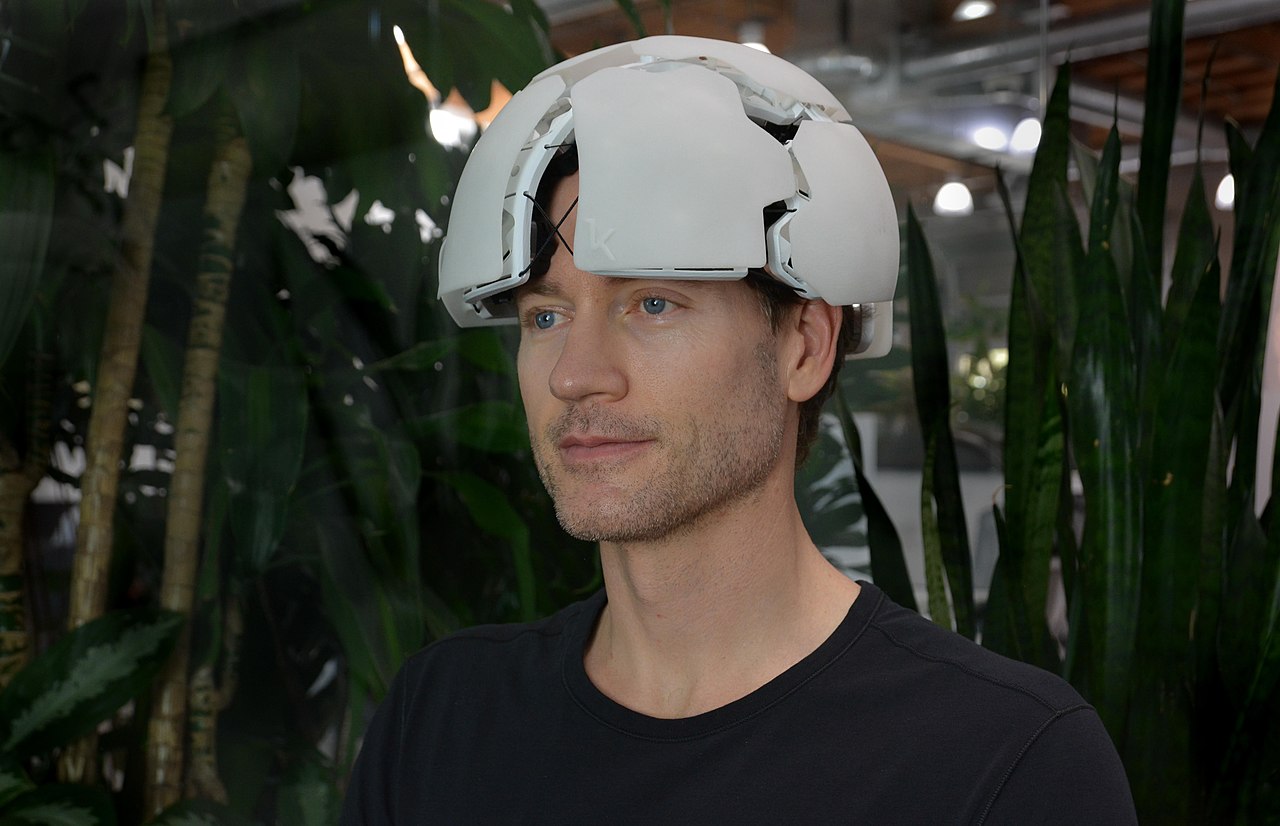 Videos
Related
News
A $50,000 helmet that can, crudely speaking, read their mind
A deeper look into Kernel’s plan to create a brain prosthetic
What does it mean to be a human?
Latest
News
A New Mind
Neural
Interfaces
A $50,000 helmet that can, crudely speaking, read their mind
Neuralink President Max Hodak thas left the company he co-founded
Valve is exploring brain-computer interfaces
NextMind has started shipping its real-time brain computer interface Dev Kit for $399
“About 100 people right now, I think over time they might 10,000 or more people at Neuralink”
On The Body
Augmented
Reality
Snap buys WaveOptics for over $500M
These Spectacles indicate how Snap's ambition is to be a major player in the race to build AR glasses
We believe it’s the most advanced set of XR glasses in the world
The killer use case for AR/VR might just be warfare
Niantic’s CEO teases AR glasses
Bionic
Prosthetics
Scientists have figured out a method to alter a human’s perception of weight
That’s where I’d like to see it go next, more wrist movement
Mind-operated osseointegration prostheses
Machine learning amplifies nerve signals to control bionic hand
A retinal implant that works with camera-equipped smart glasses and a microcomputer
Wearable
Technology
Wearable glasses as external displays for your smartphone or computer
iPadOS will soon add support for eye-tracking devices
To date, it’s sold more than 500,000 smart rings
Sarcos Robotics to IPO via Rotor Acquisition Corp SPAC
AdHawk Microsystems is launching eye-tracking that uses sensors that don’t use cameras
Inside The Body
Biohacking
Jony Ive: “Without question, some of those products will disappear beneath our skin”
Scientists have figured out a method to alter a human’s perception of weight
Treatment can re-endow neurons in the mature eye with youthful characteristics and the capacity to regenerate
Repair telomeres at a clinic in Colombia for $1 million a dose
It might be possible to reverse the body’s epigenetic clock
Genetic
Engineering
CRISPR gene-editing therapy directed inside the body to an internal organ
How Optogenetics Tries to Restore Partial Vision
Reversible, non-destructive CRISPR
CRISPR used for the first time inside the body (to restore vision)
The Chinese scientist who created the world's first gene-edited children has been sentenced to three years in prison
Tissue
Engineering
The growing interest in space-based experimentation is starting to transform tissue engineering
Desktop Metal launches a line specifically devoted to healthcare-adjacent products
How long until bioprinted organs are available to those on transplant lists?
3D-printed organs within the next five years
Instead of replacing one damaged cornea with one healthy one, you could grow enough cells from one donated cornea to print 50 artificial ones
Nanorobotics
Experts say the Verily contact lens program was misguided from the beginning
Nanorobots have potential as intelligent drug delivery systems
AI can predict a heart disease looking at eyes blood vessels with 70% accuracy
Nanochannelled device could “regrown” damaged organs with a single touch
Scientists have developed nanomachines that can drill into cancer cells and kill them within minutes