Skip to content
n
s
c
Bionik Laboratories
https://www.bioniklabs.com
Field:
Wearable Technology
Focus:
Body
Type: Public Corporation
Founded: 2009
HQ: Canada
BIONIK is a global pioneering healthcare company on a mission to supply quality-of-life solutions to those with movement impairments. Our goal is to enable the growing millions of people with movement-impairments to lead fuller and more independent lives by fostering hope, recovery and independence with evidence-based technologies, spanning the continuum of rehabilitation care.

The Company’s product portfolio includes three InMotion® Robots for rehabilitation following stroke and other neurological conditions and four products in varying stages of development. Resulting from groundbreaking research at the Newman Laboratory for Biomechanics and Human Rehabilitation at the Massachusetts Institute of Technology (MIT), the InMotion® robots provide effective, patient-adaptive therapy, intended to restore upper-extremity motor control for a broad range of neurological conditions and recovery stages, including early recovery from acute stroke.

InMotion® Robots also provide objective evaluation assessments intended to measure and report the patient’s level of motor impairment and progress during the course of therapy. A home version of the InMotion® upper-extremity technology is in development.

The ARKE™ exoskeleton utilizes Bionik’s proprietary transmission and actuation system, making it one of the most powerful robotic devices compared to similar systems. It will now include device control, utilizing multiple sensors located throughout the device in combination with Alexa. Users will be able to activate different activity modes, such as Standing and Walking, by saying “Alexa, I’m ready to stand” or “Alexa, I’m ready to walk.”

Most movements – including walking and standing – are initiated by the upper body. As such, sensors in the feet, angle sensors in the joints, and inertial measurement units feel how the body weight is distributed and, combined with upper body information and movements, allow you to take a step. Utilizing artificial intelligence (AI) to translate information from all this sensor information intelligently activates the ARKE™ for those paralyzed from the waist down, as it mimics movements that would generally allow an able person to take steps.

Bionik’s current ARKE™ product is in clinical development and aimed toward use by those who have suffered a spinal cord injury or are otherwise severely impaired in their lower body due to stroke, traumatic brain injury, or some other incident. Further opportunity also exists within the aging population, approaching a billion people globally, who rely on unstable walkers or other wheeled devices for mobility.

Following its recent partnership with Wistron Corporation, the Company is seeking to produce a home-type exoskeleton product with a lower price point that is more accessible to the average consumer. The goal will be to make these devices financeable, so the user pays a smaller monthly fee than normal cost of care – building a ramp, paying for nurses, wheelchair rental – would be for someone with a mobility injury. 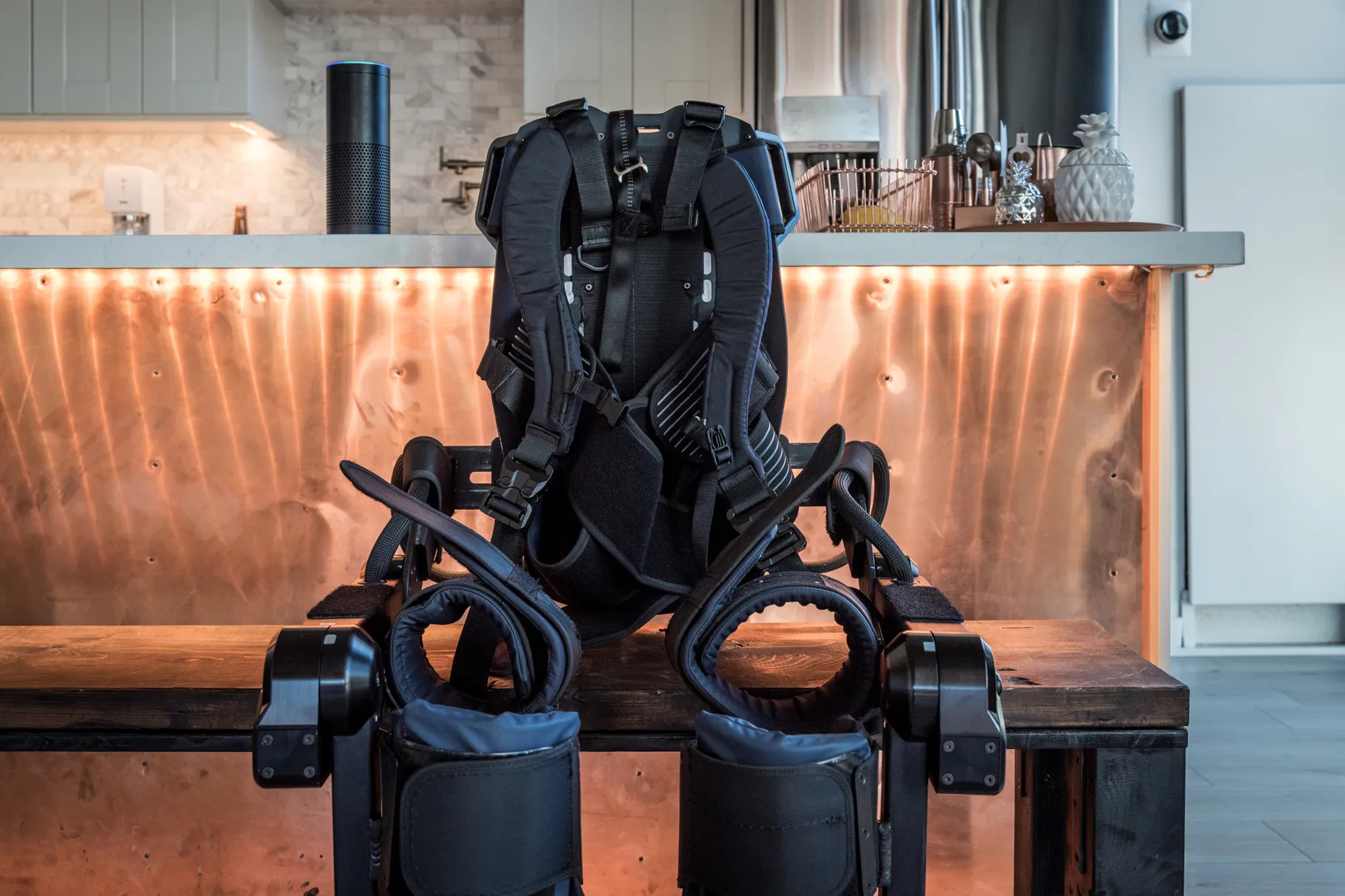 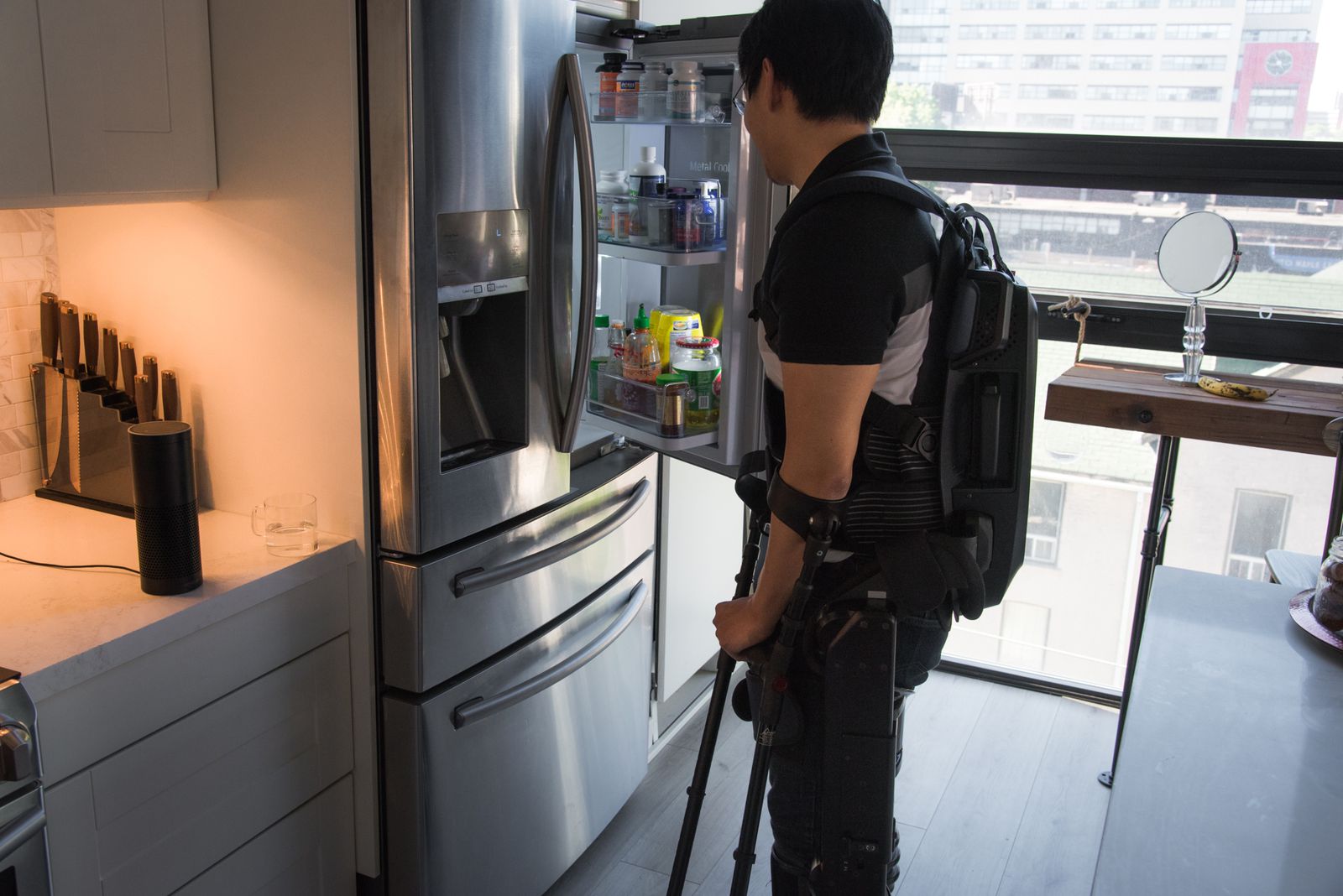 Videos
Related
News
Latest
News
A New Mind
Neural
Interfaces
A $50,000 helmet that can, crudely speaking, read their mind
Neuralink President Max Hodak thas left the company he co-founded
Valve is exploring brain-computer interfaces
NextMind has started shipping its real-time brain computer interface Dev Kit for $399
“About 100 people right now, I think over time they might 10,000 or more people at Neuralink”
On The Body
Augmented
Reality
Snap buys WaveOptics for over $500M
These Spectacles indicate how Snap's ambition is to be a major player in the race to build AR glasses
We believe it’s the most advanced set of XR glasses in the world
The killer use case for AR/VR might just be warfare
Niantic’s CEO teases AR glasses
Bionic
Prosthetics
Scientists have figured out a method to alter a human’s perception of weight
That’s where I’d like to see it go next, more wrist movement
Mind-operated osseointegration prostheses
Machine learning amplifies nerve signals to control bionic hand
A retinal implant that works with camera-equipped smart glasses and a microcomputer
Wearable
Technology
Wearable glasses as external displays for your smartphone or computer
iPadOS will soon add support for eye-tracking devices
To date, it’s sold more than 500,000 smart rings
Sarcos Robotics to IPO via Rotor Acquisition Corp SPAC
AdHawk Microsystems is launching eye-tracking that uses sensors that don’t use cameras
Inside The Body
Biohacking
Jony Ive: “Without question, some of those products will disappear beneath our skin”
Scientists have figured out a method to alter a human’s perception of weight
Treatment can re-endow neurons in the mature eye with youthful characteristics and the capacity to regenerate
Repair telomeres at a clinic in Colombia for $1 million a dose
It might be possible to reverse the body’s epigenetic clock
Genetic
Engineering
CRISPR gene-editing therapy directed inside the body to an internal organ
How Optogenetics Tries to Restore Partial Vision
Reversible, non-destructive CRISPR
CRISPR used for the first time inside the body (to restore vision)
The Chinese scientist who created the world's first gene-edited children has been sentenced to three years in prison
Tissue
Engineering
The growing interest in space-based experimentation is starting to transform tissue engineering
Desktop Metal launches a line specifically devoted to healthcare-adjacent products
How long until bioprinted organs are available to those on transplant lists?
3D-printed organs within the next five years
Instead of replacing one damaged cornea with one healthy one, you could grow enough cells from one donated cornea to print 50 artificial ones
Nanorobotics
Experts say the Verily contact lens program was misguided from the beginning
Nanorobots have potential as intelligent drug delivery systems
AI can predict a heart disease looking at eyes blood vessels with 70% accuracy
Nanochannelled device could “regrown” damaged organs with a single touch
Scientists have developed nanomachines that can drill into cancer cells and kill them within minutes